Annual Meeting Conducted both Virtually and in Person

The HPWA Annual meeting was held on August 16th, at the Herring Ponds Wampanoag Tribal Meeting House as a hybrid meeting with some members attending in person and others via zoom. Important business of the Annual meeting is elections. Following our revised By-laws, adopted last year, half the HPWA Board of Directors were elected, along with two new Directors, Paul Denecourt and Patricia (Trisha) O’Brien. 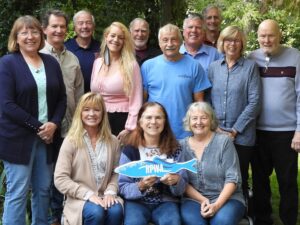 The Nominating Committee, represented by Brian Harrington, Linda White, and Jack Kedian, nominated the following slate for Class A Directors to serve for two years.

An additional nomination of Trisha O’Brien as a Member-at-Large was made and seconded from the floor, and was unanimously approved by membership vote.

In January the entire Board will select the officers for the coming year in compliance with our Bylaws. At the Annual Meeting next August, the remaining Directors will stand for re-election.

The Association has 491 subscribers to our Newsletters and all of our other communications. We have 140 paid memberships, representing about 225 watershed residents, as of October 20, 2021.

Since June, the beginning of our membership appeal, the Association has received  at total of $9060 in dues. This represents only a $200 difference between the total collected for the previous year, when interest in Great Herring Pond was very high. There will be a final membership appeal sent out electronically in early November. The HPWA dues cycle is from June 1 to May 31 the following year.

Forgot to renew? To renew or join, click here:  https://www.theherringpondswatershed.org/membership/